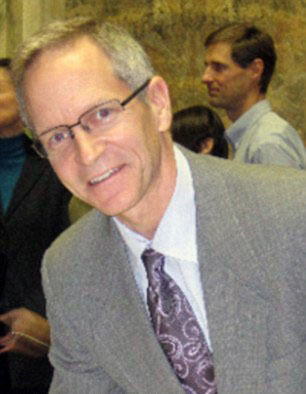 Greg Wiercioch joined the Frank J. Remington Center in 2012. Since 2014, he has been a supervising attorney with Legal Assistance to Incarcerated People.

Before coming to the University of Wisconsin, Greg represented Texas death row inmates in state and federal post-conviction proceedings for 18 years. In 1995, he co-founded Texas Defender Service, a nonprofit law firm dedicated to improving the quality of capital representation in Texas. Greg has represented a number of severely mentally ill death row inmates and is particularly interested in issues involving competency to stand trial, competency to waive collateral review, and competency to be executed. He successfully argued Panetti v. Quarterman, 551 U.S. 930 (2007), in the U.S. Supreme Court, which held that the Fifth Circuit's standard for determining competency was unconstitutional because it did not consider whether the inmate had a rational understanding of the reason for his execution. Greg has spoken at a number of national conferences about representing mentally ill death row prisoners.

Greg received his B.A. in Government from the University of Notre Dame and his J.D. from Washington and Lee University School of Law, where he served as an editor of the Law Review. After graduating, he clerked for Judge Jerry Buchmeyer at the U.S. District Court for the Northern District of Texas.