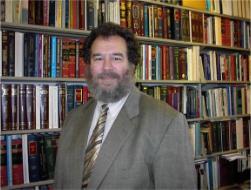 Alan J. Weisbard has crafted a professional career applying the disciplines of law, ethics, and religious studies to the worlds of scholarly research, public policy development, and public service. Following assignments working at both federal and state levels to develop law and public policy on a wide range of bioethical issues, he came to the University of Wisconsin's Schools of Law and Medicine in 1990. Professor Weisbard teaches law students, medical students, graduate students in philosophy and the sciences, and undergraduates. In addition to teaching traditional parts of the curriculum, including first-year torts, he has created innovative new courses on bioethics and the law; law, science and technology; children, parents and the State; caring for the dying patient; Jewish law and ethics in comparative perspective; and religion and medicine in historical, ethical, and legal perspective. He also founded, chaired, and taught at the Madison Lehrhaus, a community-wide institute for adult Jewish learning.

Prior to coming to the UW, Professor Weisbard spent a term as Visiting Lecturer in Public and International Affairs at Princeton University's Woodrow Wilson School, where he led a policy task force exploring legal, ethical and policy issues posed by new reproductive technologies. (He returned to Princeton's University Center for Human Values as a Laurance S. Rockefeller Visiting Fellow in 1999-2000.) From 1987 until early 1990, he served as Executive Director of the New Jersey Bioethics Commission. Under his leadership, the Commission developed innovative state statutes, now enacted, on the determination of death and advance directives for health care, and formulated policy proposals on institutional ethics committees and on new reproductive practices, with a particular focus on surrogacy. Professor Weisbard served, from 1980-1982, as Assistant Director for Legal Studies with the President's Commission for the Study of Ethical Problems in Medicine and Biomedical and Behavioral Research in Washington, D.C., where he contributed to influential reports on brain death, informed consent, decisionmaking regarding life-sustaining treatments, the regulation of biomedical research, compensation for research injuries, and access to health care.

Professor Weisbard taught at Yeshiva University's Benjamin N. Cardozo School of Law and Albert Einstein College of Medicine from 1982 to 1987. He is an elected Fellow, former Adjunct Associate, and  participant in study groups at the Hastings Center, a leading national center for research in bioethics, and served as Senior Fellow of the Park Ridge Center in Chicago, where he co-led a multi-disciplinary study of the human and cultural context of organ transplantation. He has consulted with the National Institutes of Health, the former Congressional Office of Technology Assessment, and numerous other governmental and public interest groups at local, state and national levels.

Professor Weisbard has published  in traditional legal, medical, and philosophical journals and online. His scholarship has addressed such issues as informed consent, the withdrawal of life-sustaining therapies, the definition of death, treatment of imperiled newborns, organ transplantation, the role of hospital ethics committees, the human genome initiative, the appropriate uses of genetically-engineered human growth hormone, compensation for medical and research injuries, the role of philosophy and philosophers in the public policy process, the contributions and pitfalls of public ethics commissions, and the moral lessons of the Holocaust for contemporary bioethics. He has a particular interest in the relevance of religious teachings and traditions to the making of public policy in our pluralistic society and has lectured and written extensively on Jewish medical ethics. He has been quoted in such publications as the New York Times, the Washington Post, the Wall Street Journal, the Philadelphia Inquirer, the National Law Journal, and Medical World News, as well as many local publications in New Jersey and Wisconsin, and has appeared on the MacNeil-Lehrer Newshour on PBS, the CBS Television Morning News, National Public Radio,and numerous other forums.

Professor Weisbard is married to Phyllis Holman Weisbard, Distinguished Women's Studies Librarian at UW, and is the proud father of daughter Talya (now a Reconstructionist rabbi) and son Ari (a 2008 Yale Law graduate currently clerking on the Ninth Circuit).