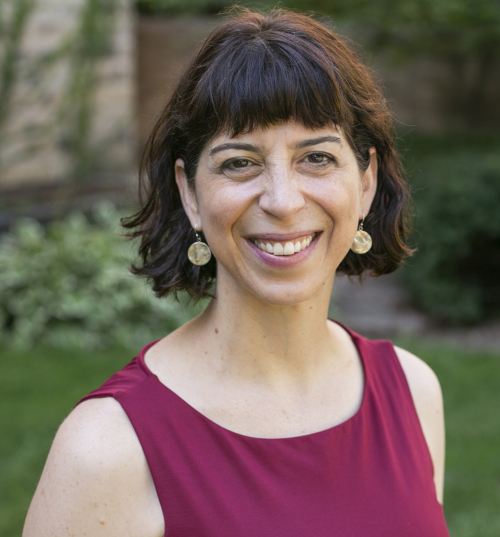 Mitra Sharafi is a legal historian of modern South Asia. She holds law degrees from Cambridge and Oxford (the UK equivalent of a JD and LLM) and a doctorate in history from Princeton. She has taught at the UW Law School and Legal Studies program since 2007. She is also affiliated with History and the Center for South Asia at UW-Madison.

Sharafi's first book, Law and Identity in Colonial South Asia: Parsi Legal Culture, 1772-1947 (winner of the Law and Society Association's 2015 Hurst Prize) explores the legal culture of the Parsis or Zoroastrians of British India, an ethno-religious minority community that was unusually invested in colonial law. She is now working on her second book project, "Fear of the False: Forensic Science in Colonial India." This project examines colonial anxieties about planted evidence, dissimulation, truth, and justice in a colonial criminal context. Sharafi has published two articles from this research, namely one on bloodstain testing (winner of the LSA 2020 Article Prize) and another on abortion in colonial India. Her next major project will examine the world of non-European law students from across the British empire (and world) who came to London's Inns of Court to become barristers, 1860s-1960s.

Sharafi's research has been funded by the American Council of Learned Societies, Institute for Advanced Study, Andrew W. Mellon Foundation, National Endowment for the Humanities, National Science Foundation, and Social Science Research Council. Most recently, she has been a recipient of an ACLS Frederick Burkhardt Residential Fellowship ’18 (National Humanities Center, 2020-1), a Davis Center Fellowship (Princeton History Dept., fall 2018), and an H. I. Romnes Faculty Fellowship (UW-Madison, 2018-24).

At the UW Law School, Sharafi teaches Contracts I to first-year law students. For undergraduates, she has taught four Legal Studies courses (cross-listed with History): Legal Pluralism, Lawyers & Judges in the British Empire, Law and Colonialism, and History of Forensic Science. In 2021, she was the recipient of the Chancellor's Distinguished Teaching Award.

Mitra Sharafi is an active member of the American Society for Legal History (ASLH) and the Law and Society Association (LSA), and has been on the board of both. From 2005 until 2022, she ran the LSA’s South Asia Collaborative Research Network (CRN 22). In 2016-21, she was a core blogger for the Legal History Blog. She has also been faculty director of the J. Willard Hurst Summer Institute in Legal History.

Since 2010, Sharafi's South Asian Legal History Resources website has shared research guides and other tools for the historical study of law in South Asia. Follow her on Twitter @mjsharafi.