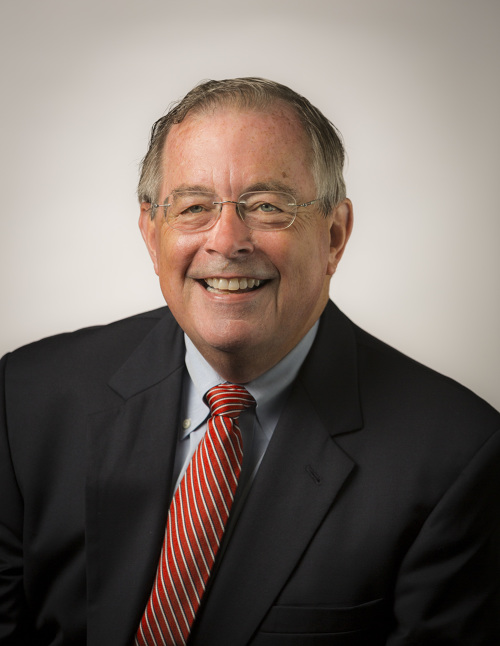 Professor and Dean Emeritus Kenneth B. Davis Jr. retired from full-time teaching in 2015. He served for fourteen years as the Law School's dean--the second longest dean's tenure in the school's century and a half history. In recognition of his service, Davis was named the inaugural Fred W. & Vi Miller Dean in 2004, the University of Wisconsin's first endowed deanship.

Davis specializes in corporate and securities law, and has written numerous articles in both fields. He is a recipient of both the Law School's and the University's Distinguished Teaching Awards. In 2003, he became the first holder of the George H. Young Chair in law.

A native of Louisville, Ky., Davis is a graduate of the University of Michigan and Case Western Reserve University Law School. Following law school, he clerked for Chief Judge Richard H. Chambers of the U.S. Court of Appeals for the 9th Circuit, and then practiced law with the District of Columbia firm of Covington & Burling. He joined the University of Wisconsin Law School faculty in 1978.

Throughout his Law School career, Davis has worked closely with the practicing bar and been actively engaged in public service. He was co-reporter for the most recent revision of the Wisconsin Business Corporation Law and co-author of the leading commentary on that law. He has been a member of the American Bar Association's Corporate Laws Committee and a frequent speaker on continuing legal education topics; and has chaired the Governor's Task Force on Ethics Reform in Government and Wisconsin's Federal Judicial Nominating Commission. Davis is a recipient of the Wisconsin Leader in Law Award and the State Bar President's Award for Excellence, and recently became a life member of the American Law Institute.