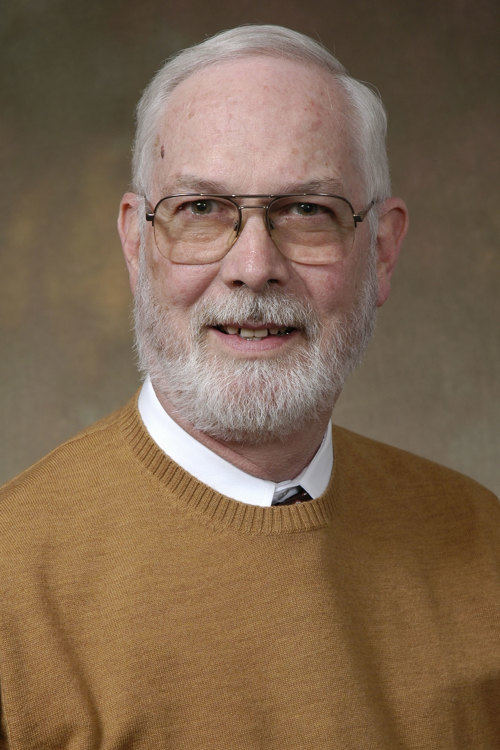 Professor Kidwell was born in Denver, Colorado in 1945. He grew up in Custer, South Dakota.  After high school he attended the South Dakota School of Mines and Technology for two years, contemplating a degree in physics. But, he relates that he changed his plans when ". . . I encountered The Calculus, and The Calculus won." He transferred to the University of Iowa and majored in English, receiving his B.A. from the University of Iowa in 1967 (With Distinction, Honors Program, Phi Beta Kappa). He then attended Harvard Law School and received his J.D. in 1970 (cum laude). He took a job as an associate with the Denver, Colorado law firm of Dawson, Nagel, Sherman & Howard.

Professor Kidwell joined the University of Wisconsin Law Faculty in 1972 as an assistant professor, and except for a year as a Fellow in Law and Humanities at Harvard University in 1976-77, has been here continuously. He served as Associate Dean for Academic Affairs from 2002-2005. He retired from the full-time faculty in June 2005.

Professor Kidwell regularly teaches courses dealing with the law of contracts, remedies, copyrights, and trademarks. In 1992 he received the Emil H. Steiger award for teaching excellence, and in 1997 was chosen Teacher of the Year by the Wisconsin Law Alumni Association. He is a co-author of Contracts: Law in Action, a casebook on contract law published by Lexis/Nexis. He is also a co-author of Property: Cases and Materials, publsihed by Aspen Publishers.

He has published  articles in the fields of torts, contracts, and intellectual property. He has been actively involved in committee and administrative work at the departmental, campus and all-university levels, as well as serving on a number of committees of the Wisconsin Bar Association. He served as a special advisor to the University of Wisconsin in creating a distribution system for educational software, and chaired a university committee to revise the rules and procedures for dealing with academic misconduct. He served as a member, and ultimately Chair, of the Wisconsin Board of Bar Examiners. He was a member of the Testing Policy Committee of the National Conference of Bar Examiners, and remains involved in working on bar examination issues for that body.

He is married to Jean Kidwell, and has a grown son. He enjoys reading, listening to music, idle conversation and the game of poker. His favorite composer is J.S. Bach, and his favorite writer is John McPhee.  He subscribes to too many magazines.