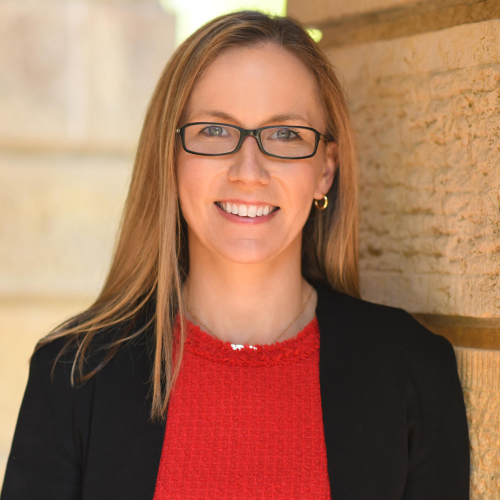 Erin M. Barbato is the Director of the Immigrant Justice Clinic at the University of Wisconsin Law School. She teaches second and third year law students to represent individuals in removal proceedings and with humanitarian-based immigration relief. Previously, Erin worked as an immigration attorney at a non-profit organization and in private practice as well.

Prior to attending law school, Erin volunteered as a teacher at El Centro del Muchacho Trabajador, a non-profit organization in Quito, Ecuador. While in Quito, she worked with families and recently resettled refugee families living at or below the poverty line.

The Wisconsin Law Journal recognized Erin in 2010 as an Up and Coming Lawyer for her dedication to representing immigrants and pro bono service. In 2013, she received the Lee and Lynn Copen Family Justice Award from Women and Children's Horizons for her work with immigrant victims of domestic violence and sexual assault. The Wisconsin Law Journal again recognized Erin's work with immigrants by awarding her as a Woman in the Law in 2014. She has also been a member of Wisconsin Pro Bono Honor Society since 2013.

In 2021, the students at the University of Wisconsin Law School awarded her with the Clinical Teacher of the Year Award.

Currently, she is a member of the American Immigration Lawyers Association, (AILA) the Wisconsin Bar Association, on the Board of Directors of the Community Immigration Law Center (CILC) and DREAMers of Wisconsin. She is also a faculty affliate with Chican@ & Latin@ Studies at the College of Letters & Science.