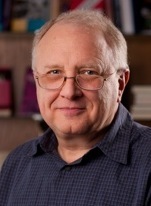 Before moving to Wisconsin, Drechsel taught for four years at Colorado State University. He teaches courses in the areas of newspaper reporting and law of mass communication, including J559, Law of Mass Communication; J335, Intermediate Reporting; J675, Topics in Government and Mass Media; and J810 and J910, the graduate seminars in mass communication law and policy. He also taught for one year at South Dakota State University.

His research has focused on tort law and constitutional law affecting mass communication, and on reporter-source interaction in state trial courts. Most recently, the former has focused on the relationship between law and ethics, and law and professionalism. The latter has been an effort to understand the processes through which news routinely emerges from state trial courts, and how judges use the news media. Drechsel is the author of News Making in the Trial Courts, and articles in a variety of legal and communication journals. His work on reporter-source interaction in the judiciary has been cited by the United States Supreme Court.

Before entering the academic world, Drechsel worked for several years as a reporter and city editor for a small daily newspaper in Minnesota and then as a writer for the agricultural information service at the University of Minnesota. During his tenure at the Fergus Falls (Minn.) Daily Journal, he won a distinguished achievement award for local government news reporting from the Inland Press Association and a Minnesota Associated Press Award for photography.

In 1989, Drechsel won the Krieghbaum Under-40 Award for Outstanding Achievement in Research, Teaching and Public Service given by the Association for Education in Journalism and Mass Communication (AEJMC). He headed AEJMC's Law Division in 1985-86, and has served on the AEJMC Publications Committee and on the organization's Standing Committee on Professional Freedom and Responsibility. He is also a member of the International Communication Association and the American Judicature Society, and serves on the Wisconsin Freedom of Information Council.