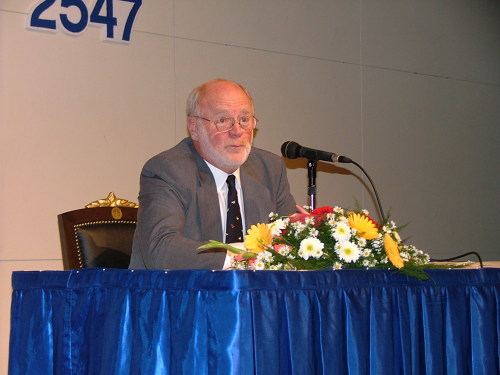 Charles R. Irish is the Volkman-Bascom Professor of Law (emeritus) and Director of the East Asian Legal Studies Center (emeritus). Within the University of Wisconsin, Professor Irish is no longer actively teaching in Madison, although he does give public lectures in Madison and Asia on international trade policies and international tax. Over the course of his career, Professor Irish has traveled to about 80 countries and done extensive advisory work on tax reform and trade policy for governments in Africa, Asia, Europe and the Caribbean. He also was of counsel with the Madison law firm of Stafford Rosenbaum LLP for over 20 year where he worked on domestic and international tax issues.

Professor Irish has a B.A. degree from Columbia University, with a major in economics, and a J.D. degree from Vanderbilt Law School, where he was Order of the Coif and a member of the Vanderbilt Law Review. He also has an honorary doctorate in law degree from Far Eastern National University in Vladivostok, Russia, has received special awards from Thammasat University in Bangkok and the Shanghai Municipal Government, and is an honorary citizen of Shanghai's Minhang District.

Professor Irish was married to Anne V. Irish until her death in early 2021. They had two children and it is a special joy to him that both of his children graduated from the UW Law School and now have successful careers - one in Madison while the other divides his time between Taiwan and Switzerland.