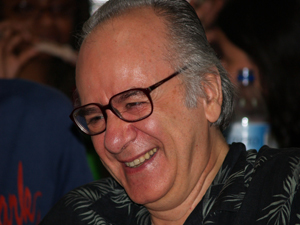 Professor Boaventura de Sousa Santos is a full professor at the University of Coimbra, School of Economics, Department of Sociology, in Portugal, and a Distinguished Scholar of the Institute for Legal Studies at the University of Wisconsin Law School. He has published prolifically on issues related to law and globalization, legal pluralism, multiculturalism, and human rights, and has taught at law schools and graduate programs in Brazil, England, Mexico, Argentina, Colombia, Angola, Mozambique, and Spain, in addition to his current Coimbra, Portugal and Madison posts. His most recent book, co-edited with Cesar Rodriguez-Garavito, is Law and Globalization from Below: Towards a Cosmopolitan Legality (Cambridge University press, 2005). He teaches a seminar at the Law School on Globalization, Law and Democracy during the Fall semester.