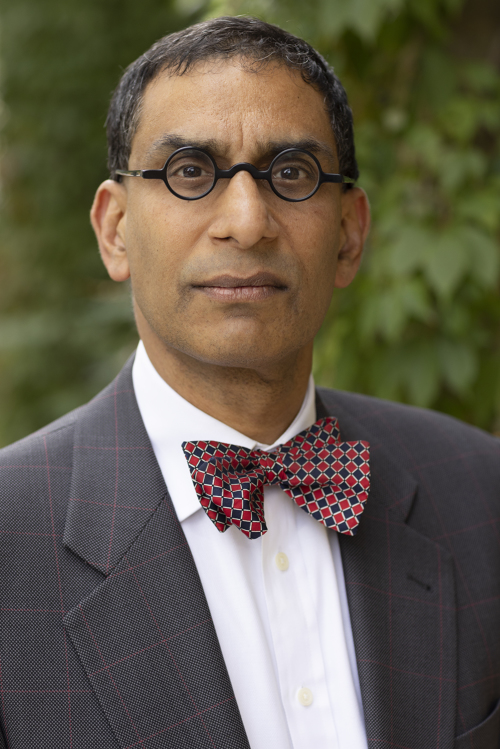 [For the 2022-23 academic year, Professor Desai will be on leave, working in the Executive Office of the President (Office of Management and Budget).] Anuj C. Desai is the Volkman-Bascom Professor of Law at the University of Wisconsin, where he teaches in both the Law School and the iSchool (The Information School), offering classes in Cyberlaw, First Amendment, Intellectual Freedom, Statutory Interpretation, Legislation and Regulation, and Copyright.

Professor Desai writes in a variety of different areas, with a focus on understanding how social, historical, and institutional contexts shape law. His publications have appeared in the Stanford Law Review, Northwestern University Law Review, Law and Social Inquiry, Federal Communications Law Journal, Journal of Institutional Studies, and University of Pennsylvania Journal of Constitutional Law. His papers are available for download on the Social Science Research Network. Professor Desai has served as a visiting professor at the Johns Hopkins University-Nanjing University Center for Chinese and American Studies in Nanjing, China; National Tsing Hua University Institute of Law for Science and Technology in Hsinchu, Taiwan; and National Taiwan University College of Law in Taipei, Taiwan.  He is also co-director of the Law School's summer program in International and Comparative Law in Giessen, Germany.

Prior to entering academia, Professor Desai practiced law with the Seattle, Washington firm of Davis Wright Tremaine, where his practice focused primarily on First Amendment, defamation, newsgathering, copyright and trademark litigation. Before his time in private practice, he served as a legal assistant to the American judges at the Iran-United States Claims Tribunal in The Hague and clerked for the late Judge Louis F. Oberdorfer at the U.S. District Court for the District of Columbia and Judge David S. Tatel at the U.S. Court of Appeals for the D.C. Circuit. He also worked briefly in the Legal Adviser's Office at the U.S. State Department and also at the Legal Resources Centre in Grahamstown, South Africa.  In addition, he has served as an administrative appellate judge, as a member of the Administrative Review Board of the United States Department of Labor; as a Senate-confirmed member of the Foreign Claims Settlement Commission, an independent, quasi-judicial agency of the United States Department of Justice that adjudicates claims of U.S. nationals against foreign governments; and as a member of a National Academies of Science, Engineering and Medicine's panel studying options for the future management of dual-use research of concern.

Professor Desai is an elected member of the American Law Institute and a Fellow of the American Bar Foundation.  He received his A.B. in Mathematics from Harvard University (where he was awarded a Henry Russell Shaw Fellowship), a Master's in International Affairs from Columbia University and a J.D. from the University of California-Berkeley (Berkeley Law), where he was Editor-in-Chief of the California Law Review.