Every year, the UW-Madison Libraries selects a book for campus to read as a part of their Go Big Read program. This year's book, the Poison Squad, is of interest to law students in particular since it focuses on the passage of the Pure Food and Drug Act of the early 20th century and the long fight (both before and after) to ensure that the food that Americans are eating is both safe and accurately labeled. Here's a sentence I never thought I'd write: the fight to create fair food laws is full of both drama and intriguing characters and is surprisingly readable even for those with little interest in food regulation.

The Poison Squad, written by Deborah Blum, largely revolves around Harvey Washington Wiley, a chemist working for the US government who was passionate about the ensuring that adulterated foods that pose a health risk be removed from store shelves. On it's face and in hindsight, it seems that this would be a cause that practically any food-loving person could get behind. Nobody wants to eat food that may contain poisonous ingredients. However, the fight over what was actually bad for you and just how much had to be eaten for someone to be affected was a protracted and nasty one. The Poison Squad covers this regulatory fight in great detail, emphasizing the role of not only presidents and other well-known historical figures but also health food advocates, chemists, journalists and the general public.

In the early 20th century, the advent of the industrial age led to a minor revolution in how food is sold, packaged and processed. Many more people were now living in cities and did not have access to freshly grown food. Food companies had to find ways to sell cheap food that would also not rot on grocery shelves. The introduction of chemical preservatives such as sodium benzoate, borax, bleaching and dye agents and more led to food that could last longer, but also to food that tasted a bit off and may have had much worse effects on a person's health. 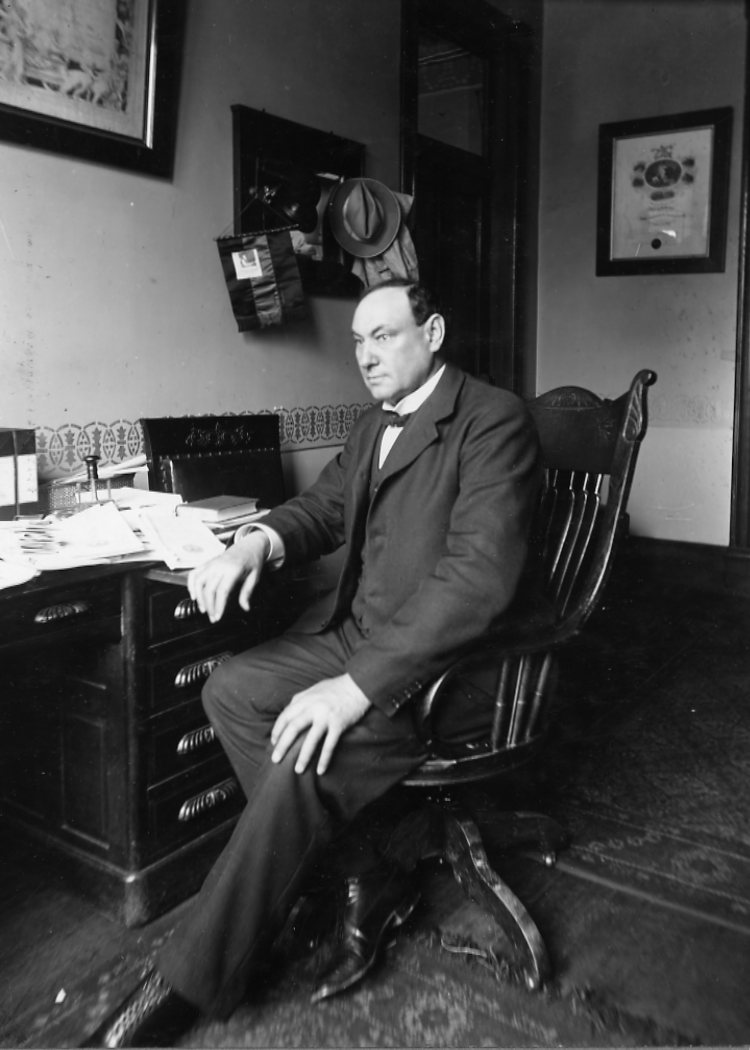 Enter Harvey Wiley. Over the course of approximately 20 years, Wiley conducted tests to determine the effects of these new additives on the human body. Most famously, Wiley found volunteers who would eat meals near his office that had varying levels of these different chemicals in them to see what may happen. This was the eponymous and self-dubbed poison squad. These volunteers would often suffer from the amounts of borax or sodium benzoate they ate...simply because all the food that they ingested all had some added, leading to a large amount over a given day. This in turn led Wiley to spearhead a movement for food producers to honestly label their products and not "adulterate" them. In this case, adulterate means to replace an item with another and in the process produce a worse product. Blum excels at listing the disgusting adulterated products that abounded in Wiley's time, ranging from bleached milk to "egg soup" to canned beef.

The beef industry was put under an even harsher spotlight when Upton Sinclair's The Jungel was published, highlighting the poor sanitary practices of an entire industry. Blum reviews the ripple effects of Sinclair's work, which when combined with the growing uproar over adulterated products, finally led to the Pure Food and Drug Act being signed into law by Teddy Roosevelt.

That was not the end of the story. Blum goes on to examine the ongoing fight over the labeling of food (and whiskey - a surprsingly tough fight!), the prosecution of adulterated food producers, and the fight between Wiley and his superiors to crack down on those same food producers. The book concludes by drawing a strong parallel between the events of the early 20th century with the events of the early 21st century - let's just say that the more things change, the more they stay the same when it comes to food regulation and oversight.

When I first started reading The Poison Squad, I was prepared to slog my way through a subject that I didn't find too compelling. However, Blum does an excellent job of capturing the drama and passion that went into the battle for broader food regulation and safer food in general. If you are a foodie, a lover of history or just a regulatory wonk, then check it out! You can read or watch an interview with Deborah Blum here, or you can watch clips of the PBS show the American Experience about the Poison Squad here. Most importantly, you can find copies in the Library Catalog here.

Submitted by Kristopher Turner on February 21, 2020

This article appears in the categories: Law Library